Yale University is experimenting with the role digital media can play in college admissions. Using technology advanced last year by the Coalition for Access, Affordability, and Success, Yale’s admissions readers in some cases became admissions viewers and experienced what will likely become a third dimension in college admissions—the creative use of media to present the case for admission to a highly selective institution.

Staying on the cutting edge of technology is challenging in any field, but changes in college admissions since the introduction of the electronic application are almost beyond description. Stacks of manila folders tucked into walls of file cabinets have been replaced by application “platforms” configured to align with enrollment management software, which oversees a process that is increasingly data-dependent and data-driven. 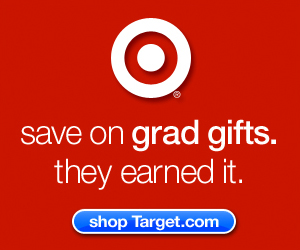 And the work has become less cyclical and more continuous as applicants have the luxury of starting applications earlier by entering information that “rolls over” from one year to the next.  Marketing begins with the administration of the first PSAT, with even the earliest scores sold to colleges anxious to get their names before potential applicants. There’s hardly a moment to reflect on successes and failures before it’s time to gear up for the next group of recruits turned applicants.

But as almost anyone involved in college admissions would agree, something isn’t quite right with this picture—the entire college admissions process is due for a major overhaul. And a handful of deans and enrollment management experts are ready to try.

“Technology has transformed how we process applications and how we read applications, but not how we create content for these applications,” commented Jeremiah Quinlan, Yale’s dean of undergraduate admission.

Like many others charged with overseeing admissions, Quinlan felt the time had come for Yale to experiment with application content that responded to the pervasiveness and availability of digital media.  While the Common Application set the standard, others saw a market ripe for innovation.

“I really felt we needed to make a change. We were looking at more and more essays that felt like they had been written by 47-year olds and not 17-year olds,” said Quinlan. “We thought we needed more material—different material—in the review process.”

“After the fall of 2013, we needed to bring more options into the application space,” Quinlan explained. “We thought giving students a choice of applications would be better for colleges and better for applicants.”

One of over 90 colleges that originally joined the Coalition and 47 that actually launched applications for 2016-17, Yale viewed this as an opportunity to design a substantially different set of application specifications from those contained in the Common Application.

Nevertheless, the results were exciting. While only about one percent or 300 of Yale’s applicants used the Coalition application, the advantage of providing students with a choice of how to present themselves was clear. In some cases, the online media helped “separate” a student or verified some element of the application that didn’t come through strongly enough in a recommendation or through a student’s writing.

“We found certain situations, for example, where a video component made a difference—showed examples of kinds of characteristics we’re looking for.”

To illustrate his point, Quinlan talks about an application Yale received from Justin Aubin, an Eagle Scout who lives and attends high school in the southwest suburbs of Chicago. Justin’s recommendations were excellent, and he was an outstanding student. But Yale has lots of those applicants.

What made Justin stand apart was a video his older brother filmed to document the construction of Justin’s Eagle project. In this distinctly amateurish record of decisions made as the work progressed, the Yale admissions office could easily see how Justin managed and supervised younger scouts and how he exhibited compassionate leadership, which inspired respect from the group as a whole.

The additional essay Justin provided put the video in context. But most importantly, he presented information that highlighted and underscored character traits Yale values and wants to bring to campus in the classes they admit. Other information on the application suggested this was possibly the case, but the video nailed it.

Justin Aubin was eventually admitted and will be attending Yale in the fall as a member of the class of 2021. And Quinlan credits Justin’s creative use of digital media—submitting the video—as making the difference

In all fairness, Yale isn’t the first institution to allow videos and other digital media to be submitted as part of an application for admission. Goucher College in Maryland and George Mason University in Virginia and others have video options available through institutional applications.

And it’s not all that unusual for colleges to offer several different application formats with differing requirements. In fact, smaller colleges make clear that their institutional applications are often more popular than the standardized Common Application.

In addition, last year’s applicants could use ZeeMee, an online resume promoted in questions on the Common Application, or SlideRoom—a Common App partner—to provide more visual support for their talents and interests.

But the difference for colleges using the Coalition application was that they could design their own questions and media integration. They didn’t have to rely on a third-party website that might encourage more “freeform” or off-message responses.

Yale’s new application was no more difficult for staff to review than the two-essay Common App version and could be scripted to allow for comparable responses across applicants using either platform. Linking the digital media to an essay prompt was key to the success of the experiment.

“Staff enjoyed doing something else. It was a way to experiment with new ways of interpreting new kinds of application content.”

Quinlan has a great deal of respect for the Common Application and has no interest in changing that relationship, which has worked very well for Yale. But he does want to offer students a choice of application platforms.

“We want the two applications to be different so students can be thoughtful about which they use and what they decide to present to us.”

While he expects to “tweak” the essay prompts offered in the Yale supplement, Quinlan will continue to provide the digital media option in the Coalition application. “We will maintain the two applications for next year with the same set-up.”

And students will be free to choose the application platform that best presents their credentials and makes their case for admission to Yale University.

For the record, the Coalition application will make available new functionality on June 15. And for the coming year, the roster of institutional members will grow to 135.  After July 1, colleges can open individual applications according to their own timelines.

Nancy Griesemer is an independent educational consultant and founder of College Explorations LLC. Nancy has written extensively and authoritatively about the college admissions process and related topics since 2009.